A renovated farmhouse surrounded by nature 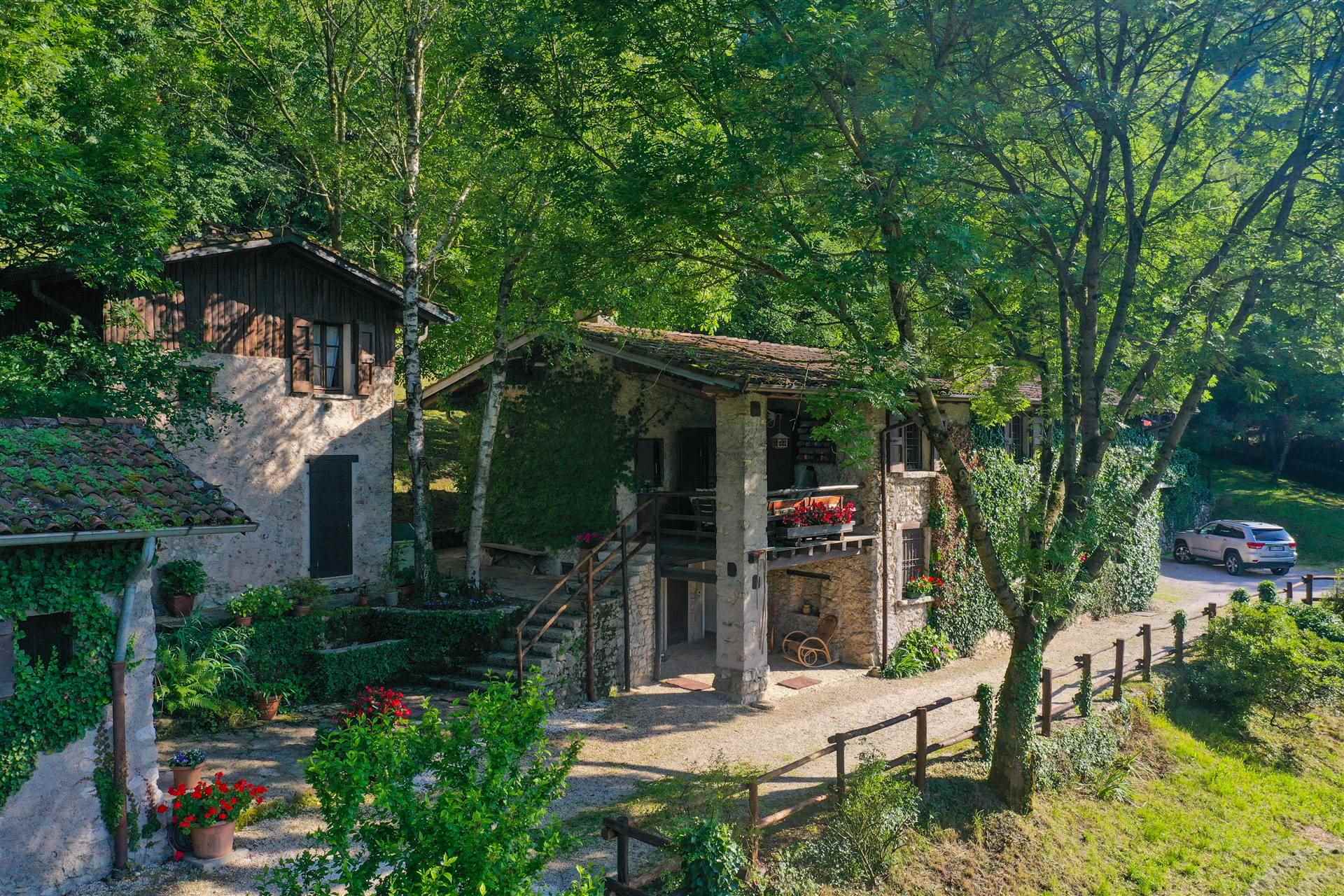 Print
Towards the end of 1700 an old farmhouse of just under 200 square meters was built next to other two small buildings. Although independent, they stood next to each other, as if to recreate a tiny village in the midst of greenery and chestnut trees. Originally they could hardly be reached through a small road, almost hidden, although not far from the town centre, they represented an independent nucleus perfectly functional to the hilly context of the woods. Already used and partially recovered in the middle of the 19th century, they were the object of some conservation works until the second half of the 20th century, which marked the turning point of the property, through the renovation of the main body for residential use and the construction of a suitable road. Finally we reach the current ownership structure, which encircles the entire property purchased (about 17,000 square meters), completes the recovery of the three bodies, builds another block above ground using it as a shelter for vehicles and multipurpose room, reclaims and rebuilds a swimming pool with gazebo. The village of Casarole is now reborn and has become a home capable of combining the ancient with the modern. A renovation, carried out according to the respect and preservation of the "rustic" elements, gives a taste of uniqueness to the three buildings that become the protagonists of a new small conglomerate, looking at each other at the edge of a sort of square characterized by a rustic fountain in the center. A new road, protected by bars and gates that open automatically only after the closing of the gates already crossed, leads to an internal street that begins with a large space used as a guest parking area, created to prevent the view from the houses: the cars are placed in the garage or in the space that was created ad hoc. A short path leads to the suggestion of the antique mood, provided by the stone and wood materials that make up the exterior, mixing with the explosion of flowers and the open view of the hills, where nothing else is perceived but the beauty of nature. In addition to the main house, the other two units have been renovated to become respectively an independent guest house and an independent space for conviviality. A further building of 100 square meters is also available to enlarge the residential spaces, which can be obtained above the new building used as a garage and laundry with multipurpose rooms. Two large lawns are surrounded by private paths that run through the woods and chestnut groves inside the property.
Located in a strategic position, 20 minutes from Brescia and 20 minutes from Lake Garda, near the hill of Sant'Eusebio, allows you to live in contact with nature without giving up the proximity of towns.